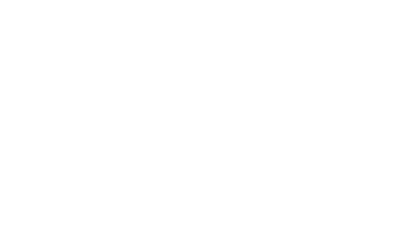 An established club act with strong chart success experience over the years. TOOCHI are identical twin sisters Chidi and Chinwe Adilih who write, sing and perform all their own music. TOOCHI have worked exclusively on their unique sound and have collaborated with incredible talent from the world of music and dance which has enabled them to position themselves as key independent female artist players in the music industry today.

'ANGELS OF THE URBANGROUND' is TOOCHI's international Pop/Dance Hit landing TOOCHI's first ever Club Chart Number 1 and 'FIGHT FOR YOUR DREAM' reached top spots across international radio station playlists on its release with a new successfully remixed version by JRMX. First hitting the UK urban music scene with debut single 'I REPRESENT', the twins quickly gained promising accolade for their song writing skills and interest from international DJ's across the UK and Europe. TOOCHI continued their growth with follow up single 'S.O.S' and explored opportunities within the African music market, writing and collaborating with exciting new independent / major label artists.

The TOOCHI sound can be described as energetic, empowering and motivational. An explosive combination of POP/DANCE/AFROBEAT fusions. Teamed with MOBO award winning producers, this pop engine sees a fusion of eclectic melodies, witty and inspirational lyrics topped with high powered production that display a genre of edgy pop/dance/afrobeat music aimed at giving the listener a 'rollercoaster ride experience'.

''TOOCHI is a positive engine where fantastic teams we have worked with for years all come together to make our music come to life. We have been inspired by great songs and artists growing up and want to inspire others to work hard and fight for your dreams whatever they might be and against all odds. We want TOOCHI's feelgood energy to spill out onto the dancefloor and get everyone in a great mood dancing!" - Chidi

At the heart of TOOCHI are the 'Two Chi's' Chidi and Chinwe who have developed a unique system of working together to make their music happen.

As two fun, fearless women in the music business doing it by themselves in a new age where independent artists and GIRLBOSSES are continually on the rise, TOOCHI are poised for even greater success with the launch of their new afrobeat  EP AFROCHIC previously successful afrobeat hit BATTLECRY/ BEATBOOM and the ongoing release of more exciting new pop/dance/afrobeat fusion track GET REAL! This should see TOOCHI's maintained interest as an emerging UK/Nigerian/International artist with great potential and further DJ and fan support throughout Europe, Africa and beyond. Singers/Songwriters/Dancers and Entrepreneurs, TOOCHI bring you a sensational world of high Energy, Dance, Culture, Glamour, Fun and Music. Look out for TOOCHI at a dancefloor near you....

New afrobeat / afropop EP release 'AFROCHIC' and 2022 album 'Treasure Within - The Journey So Far'  a collection of TOOCHI's pop/dance/afrobeat catelogue is out NOW!

TOOCHI fans rang into CITY 105.1 FM Lagos TOOCHI radio interview to show love and supprt towards their latest afropop single GET REAL and gave positive buzz and feedback about the exciting release!

Look out for new afrobeat releases 'Dance In Me' and new album SCRAPHEAP out soon!!

Everything from upcoming performances to new music.